Electric Canyon is moving into Chico after a 14 year run deep in Butte Creek Canyon. Deep consideration of a many of factors, technical, logistical, creative, and time related led me to this ultimate decision. A friend said to me “It’s the end of an era!” That’s true. But read on my friends and please welcome new beginnings of a bright Chico Music Recording Creation scene. 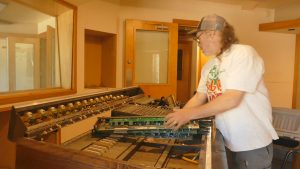 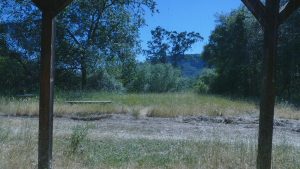 The Lowdown
The Wes Lachot designed, Electric Canyon recording studio, has created over 500 albums and dozens of music performances for television since completion in 2003. Tens of millions have heard the work to come out of EC on CD, TV, and the ever blossoming web..
It’s been a great 14 year run, but I feel a bit spread thin trying to maintain a facility 12 miles out of town while juggling a continual myriad of audio production responsibilities that also include live sound, road managing and touring.
It comes down to time.
I need more time for creating, better accessibility to and for musicians and engineers for convenient collaboration, and to spend less time commuting and maintaining a destination studio in the woods. What was an adventure in my 30’s feels like a burden in my 50’s. Dodging deer on my motorcycle, stressing on weather and fire, keeping the space pristine surrounded by mud, dust and tall grass are a sampling of things I look forward to leaving behind. It’s bittersweet, however, many artists look forward to better access to me as well. 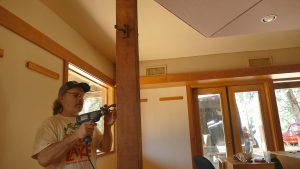 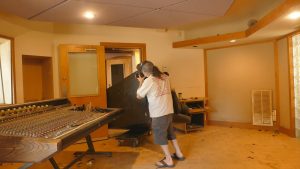 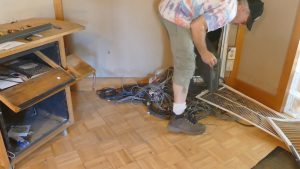 Final Decision
I decided to ‘go dark’ sooner than later with a solid live production schedule and just a few sessions in June.
The creation process has changed over the lifespan of Electric Canyon. The trend for recording and creation is working in shorter fragmented sessions rather than big full days. I too, get best results working on overdubs, mixes and detailed editing over a span of time. This will be simplified working in Chico close to home and at home.

The New Arrangements
-Part One – Tracking – Electric Canyon merging with Energy Plant
I am moving and combining equipment and musical resources the Energy Plant, a 1200ft studio in the industrial complex on HWY 32 west known as Gasoline Alley. This will be a shared space for recording bands with current EP recordists, along with Bay Area rock and punk producer, Josh Garcia, who will also be augmenting the EP setup with recording gear, and musical producing expertise.
Josh has been working at Hyde Street Studios in San Francisco and is dividing his time between Chico and the Bay. Having worked together on a Vesuvians album last year, I can say he’s a seasoned pro, meticulous and, most important, a super nice guy to work with who has a lot to offer. The combine talents in this space will benefit all musicians and bands who come to the Energy Plant to record. The future is bright for Chico recording. Josh and I can’t thank EP’s Bo Brockman and Blag Ivanov enough for a warm welcome into the fold. We are all looking forward to taking Energy Plant to the next level of recording awesomeness. (I’ll spare the technical minutia for another post) 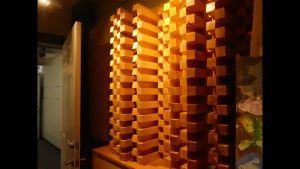 -Part Two – Mixing – The return of my 90’s space.
80 percent of my creation work is in the control room. The room Wes designed and I built gets results and feels great and is something I do not want to work without. Therefore, I will be re-creating a clone of the Electric Canyon’s spacious control room at my Chico residence for editing, mixing and light overdubs at home. I hope to complete that space by Summer’s end and get back to late night mixes and early morning touchups. My Chico residence was a staple of Chico recordings in the 90’s (Electric Circus, Mother Hips, Jordhuga, Mystic Roots, Indecisive Youth) and has always had a pleasant suburban vibe close to Bidwell Park.

-Part Three – Mobile Recording
Mobile recording has also been a staple of my career including Bela Fleck, Richard Thompson, Guy Clark, Rodney Crowel, Dave Brubeck and Tommy Emmanuael, and Marcia Ball’s Grammy nominated live album from 2005. A mobile recording setup to record at other people’s spaces is ready to go.
-Into the Woods –
For those that still yearn for a big day of recording in the woods, I am working on some remote locations in Butte County that have been offered and a few yet to be discovered….
-Off Grid Recording
My van is now equipped with the solar/battery/pure sine wave inverter setup that can allow professional recordings to happen anywhere off grid. Parks, campouts, beaches, mountaintops are now contenders for stellar recording spots for outdoor lovers such as myself.
-Other Studios
Another example of good things to come is an open invitation from Jeff Martin’s Studio E in Sebastopol (David Grisman, Nina Gerber, Zero) to use his facility- a stunning and funky barn studio where I recently recorded with long time Chico artist, Tom Haithcock featuring Nina Gerber.

Several doors have opened with the closing of one and the opportunities presented to me in the past few weeks are mind boggling. Even though it will be a ton of work, I am looking forward to this transition and the future.

I know it will be a mixed bag of bittersweet for many of you. We are making plans for a final shindig at the old location after fire season as a thank you to everyone and a chance to say goodbye to this truly unique property that has been a part of our lives.

As ususal, I continue to work on half a dozen albums at once

Leave a memory below. 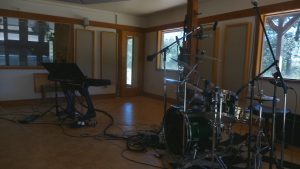 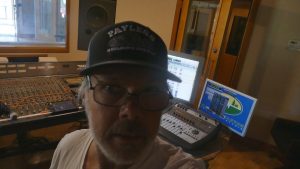