Since the introduction of portable digital recording technology in the early 1990’s, ProSound has been recording where the music is happening. We offer mobile multitrack recording at locations far and wide including music festivals, theaters, music venues, rehearsal spaces, houses of worship, film and video sets, and the great outdoors.

When a band, ensemble or symphony has a major performance showcasing their well rehearsed songs and talents, it can be a great time to do a live recording. The performance can be taken back to Electric Canyon, or handed of to the artist for mixing afterward at a studio of their choice. Dale has experience recording hundreds of performances in this manner including all Paradise Symphony Concerts since 2007.

Recording at rehearsal space or home:

There are times recording at an artist’s space, rather than the studio makes logistical sense. If there is a piano or pipe organ to record, it makes sense bring the recording equipment directly to the instrument. Dale can bring a simple or elaborate professional recording system to any location.

Dale Price has recorded dozens of television episodes for PBS including the Sierra Center Stage series in 2007 and Music Gone Public in 2015. These programs showcase national and international artists including Tommy Emmanuel, Rodney Crowell, Dave Brubeck, Richard Thompson, Joe Craven, Bela Fleck and have been viewed by millions nationwide. After the recording of the performance, these episodes are often taken to Electric Canyon to be mixed and mastered then sent to the video editor.

We have also offered recording for film and video on location when a need to capture music is necessary. Interesting locations we have recorded at include monasteries, campgrounds, houses, and boats. Dialogue recording is something we do as well for smaller productions, documentaries, and independent movies. 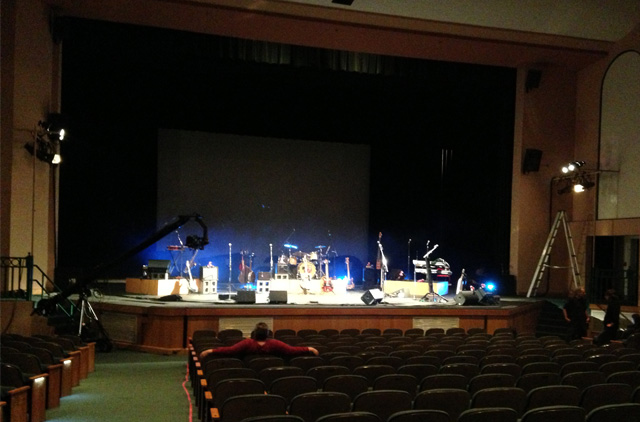