A summer’s day doesn’t pass by without folks asking me about the studio move and transition from the Electric Canyon in Butte Creek Canyon to Energy Plant in town. The transition along with recording is absorbing the majority of my Summer thus far. Exciting changes are happening.

Everyday I wake up, grab a cup of home roasted joe, then dive into the never ending stack of audio and video projects–currently six album projects (Mossy Creek, Cretin’s Cattle, Josh Funk, Jeff Olsen, Margo Westmoreland Blehm and a Celtic Harp Christmas album with Susan Crane, an audio film project, and a smattering of mastering, CD duplication and transfer projects. Later in the day, I head down to Electric Plant and work on the recording facility with engineer, Joe Levine. And in my spare time I process all the stuff piled up at home from the transition. 🙂

New at EP
With a dozen sessions under my belt at the merged Electric Plant, I can say the live room sounds fantastic with 16 foot ceilings–big and open–it was well built with non parallel walls and a healthy dose of acoustic treatment. Josh Garcia and Joe Levine, and myself have been working and scheming daily to get EP to a quality of production, functionality, comfort and funkiness expected in a great recording studio with a classic Chico vibe.

We started by retooling the control room with many class A mic pres, Apogee converters, balanced AC power conditioning and both digital and analog consoles at our fingertips. I prefer the digital console for headphone mixes that are crystal clear and remote controllable with a tablet. Six individual headphone mixes are instantly available with up to 14 mixes possible.

The Ramsa analog mixer has been swapped out with functional Allen Heath 24 channel console. And though we gave the Ramsa a shot, and have respect for it’s 80-90’s sound steeped in early grunge (Nirvana – Bleach), it needed too much work to get up to speed and has limited headphone feeds. Josh prefers the analog option for monitoring and the AH fills the void.

The long plan is to revive the TAC Matchless mixer formerly of Electric Canyon, Humboldt Studios and originally installed at Cloud Nine in 1990. The TAC is a large format console built by Amek in the late 80s and is an analog console that remains sonically valid, serviceable and upgradeable in the current state of recording. The refit, which involves recapping (replacing all worn capacitors) the power supply and channels strips, then adding updated Langley mic pres, will take place over the next few months as time permits. For now, the setup is rock solid, and I couldn’t be happier.

Non technical modifications at Electric Plant have involved adding Electric Canyon acoustic panels to iso booths, adding guitar hooks, swapping some doors from Electric Canyon, acquiring a 100 year old upright grand piano, improving sound isolation from the neighbors, improving climate control, sorting through all the instruments and figuring out how to cope with four drumkits as each engineer is a drummer. We’ve spit shined the place and look forward to an ongoing legacy of great recordings coming out of EP.

Leaving the Canyon – Leaving the Road
The Canyon exodus was quite a challenge. Decommissioning a studio involves removal of miles of wiring, removing acoustical treatment, doors and seals, all the gear and the 350lb. TAC mixer. My last session was May 24 at EC, and My first was June 18 at EP. Not bad considering I did 12 shows touring the Midwest, Montana and the Bay Area during that time as well as some local sound events.

This particular series of runs and overbooking (typical for June – a soundguy’s Christmas season so to speak) prompted me to leave my 18 month road managing sound engineer duties for Nell and Jim Band and once again strictly focus on recording, regional live sound, and the ongoing labor-intensive studio transition. I remain a supportive member of their team and hope to do more recording with them in the future. Their album, “Baby Let’s Take the Long Way Home” we recorded 70% at the Sierra Nevada Big Room and mixed at EC. Dave Luke at Opus Studios recorded the remainder and mastered. The album charted on Billboard in May and June after its release.
Long standing friends and musical associates, Mystic Roots were also charting on Billboard in June with an album I did a limited amount of tracking, editing and consulting. Way to go ya’ll. Back to the move.

With the move out of EC complete it was time to empty the other stuff out the canyon…and there was stuff. An old barn on the property was host to all the stuff I used to build EC; jigs, workbenches, leftover wood, acoustical material, six foot broadcast racks, old flight cases and appliances that had to vacate the property. It took 4 days, a 30 yard dumpster, 15 yards to steel recycler and numerous donation runs. Of course it was 104F those days! I’m glad that chapter is wrapped up.

Onto the Mix Spot
For the time being, I’m audio editing, mixing and video creating at home in the same room that served as the control room from 1995 to 2003. Acoustical treatment has been added from EC to flatten the sonic anomalies of the rectangular space. Though most room are rectangular, It’s not the prefered shape for audio monitoring. A bigger rectangular room is less problematic, but in a bedroom style room, one must be very careful to get consistently solid results.

Like many of you, I like editing and working on audio from home, coffee, a sandwich or a nap two rooms away. I can work late into the night and revisit early the next morning. For years I have edited at home and preset mixes for final review at EC. I lived in the canyon from 2000 to 2007, so I was working from home at that time. Then I moved back to Chico town

The three-month-plan is to create a room that closely replicated the Wes Lachot designed control room at Electric Canyon. Josh and Joe will also mix mostly away from EP, leaving that facility available for band tracking and overdubbing.

The new control room design will stuff into my home garage. This process will take time effort and of course money. The preliminary work has begun, but being a sound company owner, there is a lot of shuffling of speakers, racks and such.

The amount of media archived dating back to the 80’s is overwhelming. I do not toss old media, even if I do not 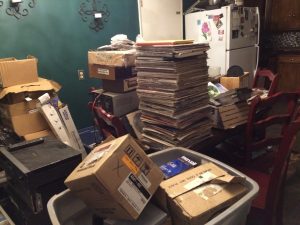 own it as it was so much work to create. Occasionally I get a call for an old project tapes, such as the Mother Hips 1992 original first recording DAT tape, which I was able to recall for their box set released 3 years ago. ADAT tapes take up more space than the few dozen hard drives and data CD and DVD library. Maybe I can convert these to digital in my spare time (ha ha ha)

It’s not that I was a hoarder, but there is an unquantifiable value to media, and gear at times. Everyday I process a little box of stuff and slowly tighten the footprint making room for the Mix Spot room. 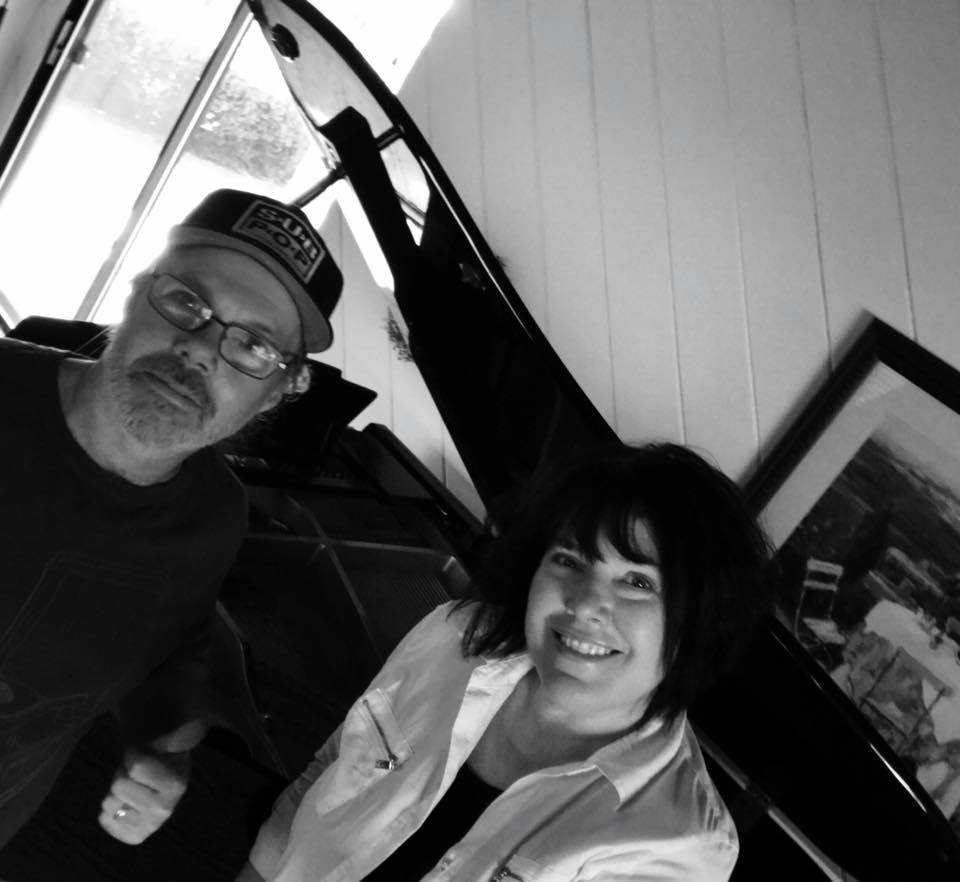 Mobile Recording
There have been a few mobile recording sessions as well coming to the artist when it makes sense, like to record piano. I always enjoy recording in different places and spaces.

There’s Summer so far in a nutshell. Looking forward to more great sessions, sound production on a few shows, and some well deserved dog daze adventuring as things settle in.