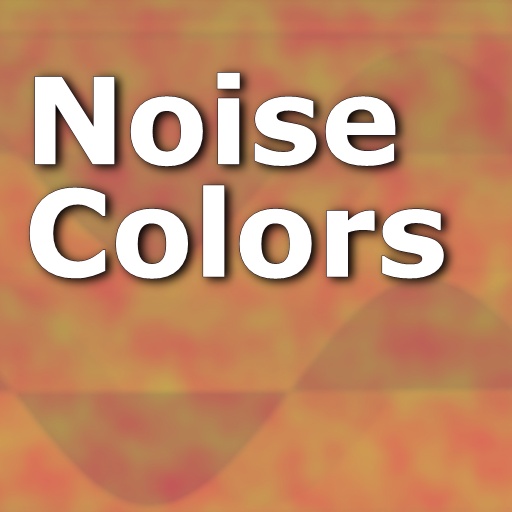 Noise is part of life. As an audio engineer, I am often attempting to eliminate or minimize noise at live music events and in the recording studio. As a creative passion unto its own, I create electronically generated noise available for listeners to stream on YouTube or buy as a download here on the Electric Canyon website.

The first Noise Color posts on YouTube back in 2012 were, what I thought at the time, to be clinical examples of Pink Noise and White Noise for audio engineers to use to test equipment. YouTube extended video playback times to 12 hours during this era, so, it was the perfect time to upload ten hour long-play examples of noise. Viewers of these extended play clips came up with their own uses for the noise. Their discoveries and uses shared in the comments have amazed and entertained thousands of channel listeners. Fast forward to 2022 and Noise Ambient is more popular than ever.

Uses for noise include masking undesirable sounds in the listening environment—a sonic version of fighting fire with fire. If voices, household appliances, music, video games are distracting to someone in the home, office or elsewhere, noise can be played back, over a stereo, computer, phone or tablet, or headphones to draw attention away from those unwanted sounds. The noise need not be played back loud to achieve the masking effect.

There are people afflicted with a hyper-sensitivity to jarring noises, and adding noise to the environment can provide some relief to the listener. Hyperacusis is one term for the affliction. I spoke with a woman who’s audiologist recommended Sweeping Pink Noise from the channel as relief for what she described as a complex auditory malfunction in her ears creating music and other sounds that would “playback” constantly via misfiring neural pathways between the ears and brains. What a learning experience the noise series has been. I never considered it could help listeners with hearing afflictions. People with Tinnitus, an ongoing ringing in the ears also speak of relief from listening to noise. The Ten hour clips are long enough for a complete night’s sleep or work-shift.

Another common use, especially for Pink Noise, has been to burn in headphones. This is the process of wearing in the electro-mechanical workings of the headphones to loosen them up so to speak. This is a debated topic as to it’s effectiveness, however, many believe in it’s use, including some headphone manufacturers. Most listeners burn in for 20-30 hours by turning on the noise at a moderate level and setting the headphones aside overnight in two or three sessions.

There are several definitions of noise colors designed to express various frequency bands of noise and some have more low frequencies, like Brown Noise, and some have more high frequencies, like Violet Noise. Grey Noise has a combination of increased lows and highs with less midrange frequencies, which appeals to many listeners. Like a favorite song, listeners have a broad range of personal favorites across the board. One listener’s “awesome” is another’s “meh” according to the heartfelt comments.

Listeners have experimented combining the noise colors by opening more then one in separate web browser tabs (on a computer) and the recipes are found in the comment fields by passionate listeners. Once I had all the clinically define noise colors posted, it was time for a bit of variation in the form of slow frequency shifting I have coined Sweeping Noise. Sweeping Pink Noise slowly undulates up and down over a period of thirty seconds. I just set it where it felt good to my ears in the hopes others would also enjoy it. Sweeping Grey Noise has three Grey Noise sources Doppler shifting at the once. Slightly more complex but also soothing.

Then I ventured into more artistically daring noise content combining several noise sources effecting and blending them over the ten hour cycle. No moment in these sound clip is ever exactly repeated. Rumble Works, Steam Works and Spooky Noise are among the popular noise collages in the series.

Noise could be considered the ultimate minimalist music. Sometimes  people crave simple sounds to relax after a long day, especially if video games, or the dishwasher is making noise across the house.

Humans have evolved with noise such as rivers, streams, waterfalls, wind and the sea  which can all can create a calming effect in listeners.  Maybe this is because humans have listened to these noises since the dawn of time. Noise is the first things a baby hears inside their mother. While these are natural examples of noise, electronically created noise has similar effects on listeners. Naturally occurring noise clips, including, Pacific Ocean, streams, and Forest Ambiance are also  popular on the channel. There are also man-made noise clips on the channel—such as Factory Noise or The Playground.

Noise clips from the channel have also been used in experimental Architectural installations including the Nap Gap installation at The 2nd Istanbul Design Biennial October 2014. The installation was to inspire napping in dedicated spaces such as at the workplace.

Max Neuhaus was a sound scape artist that created artistic sound installations to create a modified awareness of space through sounds existing in the environment and ones he added. I had a chance to experience one of his installations in Aspen, Colorado in 1988 along the Roaring Fork River where tiny speaker hidden in trees added tones to the noise of the river. These tones were practically undetectable until the listener sat there for ten minutes or more. I visited this installation spot many times that summer. It seemed the perfect combination of natural sound and man made ambiance. This left an inspirational impression on me that has been influential in the wonder of noise and sound of the environment.

Thanks for listening. Dale